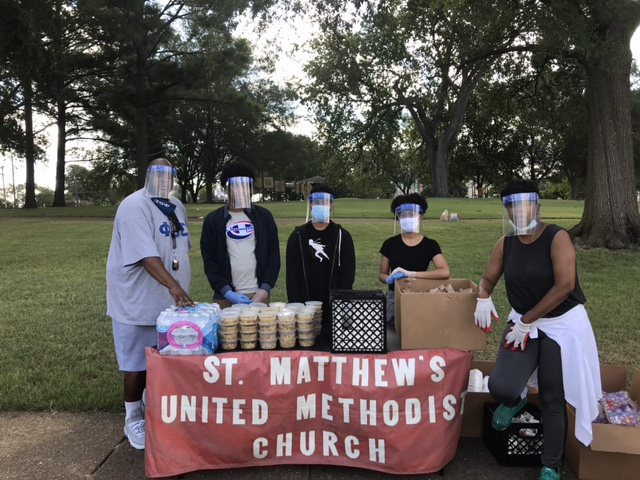 Walking to her car on a brisk October evening, Rev. Kimberlynn Alexander, the pastor of St. Matthew’s UMC in Memphis, had an encounter that would dramatically alter the course of the church’s ministry.

While she was leaving for the night, she saw a silver Chevy parked beneath a nearly broken spotlight, its dim glow revealing the car’s front half in the deepening darkness. She approached the car, and realized that it was not empty; a woman and her children had come there to sleep.

“I asked if they were ok,” said Rev. Alexander. “The mother looked at me and said, ‘Please do not call the police–we have nowhere else to go.’ I told her to come back in the morning, but I never saw them again.”

Like Jacob at the Jabbok, Rev. Alexander wrestled with the implications of this encounter. The indelible memory of the unhoused mother and children desperate for a place to lay their heads, left a wound that could only be remedied through action.

“I would lie awake,” reflected Rev. Alexander, “and think about that family. I could, at any time, get something to eat; each night I have a place to sleep in peace. The fact that some people do not have these basic necessities–it just didn’t sit right with me. I knew we had to do something.” 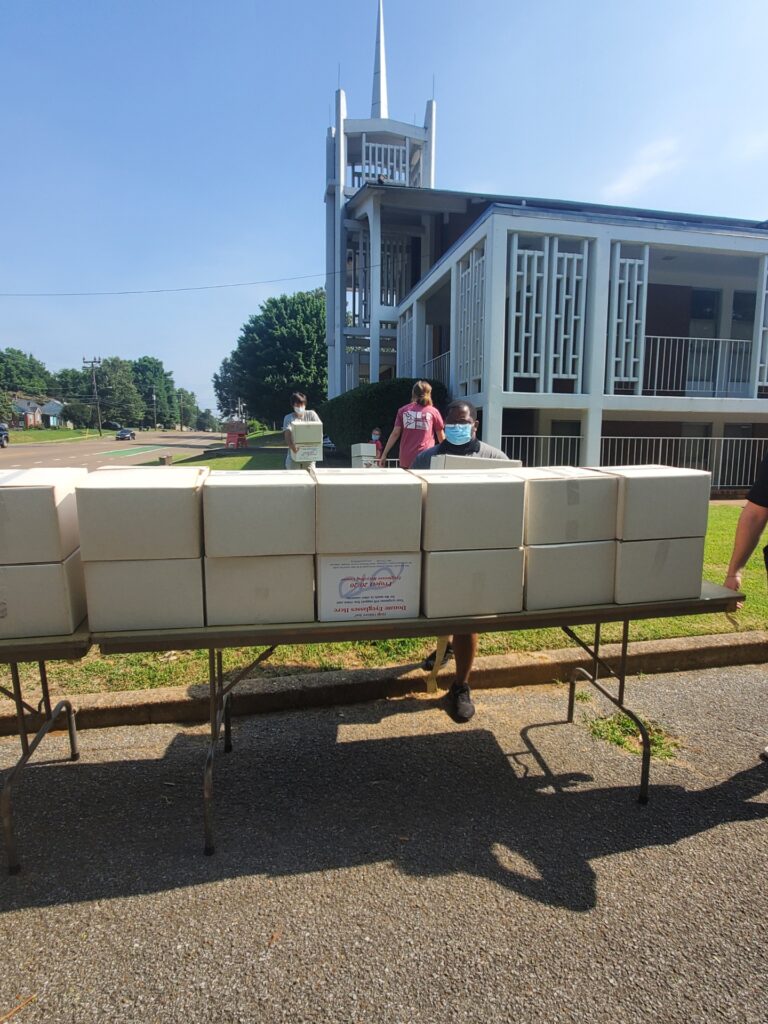 The congregation had long desired a better way to utilize its community center, the “John Meeks Mission and Service Center,” a 501(c)(3) located on the church building’s upper floors that was initiated 20 years ago by then minister, Rev. John Meeks. With 130 beds in nine rooms, seven showers and toilets, a kitchen, and a workout room on the second floor, the center contained the necessary resources and space. According to the director of the center and St. Matthew’s lay leader, Terrence Ryans, the moment was ripe for the church to expand the building’s mission.

“We had a collective vision,” said Ryans, “of using the John Meeks Center to shelter unhoused or housing vulnerable women and children during the winter months. We had the vision and will, but we needed financial help.”

After several failed attempts to procure grants, St. Matthew’s UMC found a willing partner: the Metropolitan Inter-Faith Association (MIFA), a non-profit dedicated to serving vulnerable populations within Memphis. The nonprofit agreed to provide financial support for St. Matthew’s new ministry. The congregation also received financial assistance both from the Methodist Hospital and the Metro District of the TWK conference, respectively.

MIFA also assisted the new initiative by providing referrals. Having previously worked with MIFA as a social worker, Terrence Ryans was able to expedite the process, providing the new ministry an accelerated start. “We [St. Matthew’s UMC] envisioned a transitional housing program,” reflected Ryans, “with the goal to support folks as they work towards stable housing. MIFA not only provides referrals, they also supply caseworkers who walk alongside the women and children staying in the John Meeks Center.”

With the funding secured, and the referral process established, St. Matthew’s UMC was ready to serve–but the 30-member inner-city church needed help providing enough clothes, bedding, and food to the residents.

As soon as the word got out, other churches within the TWK conference connection were quick to help, donating goods and giving their time to support the ministry in various ways. “We quickly realized,” said Ryans, “that this ministry was not only a way of serving vulnerable folks; it was also a way of building bridges with neighboring United Methodist churches.” 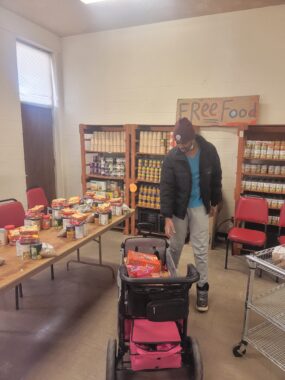 St. Paul UMC in Lakeland was one such church that answered the call. Though they actively served in the wealthier Memphis suburbs, they knew there was more to be done. After the racial justice reckoning that reverberated throughout the U.S. after George Floyd’s murder, the congregation took an implicit bias study. St. Paul’s church council then decided to learn more about what it meant to be an anti-racist church.

“We wanted to be more hands-on,” reflected Rev. Dr. French. “We knew that, with our many resources, we could make a difference. Pastor Alexander and I are friends, and while meeting with her one day, I asked: ‘What’s going on, and how can we help?’”

After visiting the John Meeks Center with Alexander and Ryans, Rev. Dr. French and St. Paul’s mission team made a plan to form an ongoing partnership with St. Matthew’s, one that began with a collective worship service and shared meal. Then, they collected non-perishables for St. Matthew’s food pantry, clothes for its clothing closet, and bedding for the shelter’s residents; they began cooking for and serving at the center’s evening dinners; they even helped pay the center’s utility bill. St. Paul’s preschool also held an art show in December as a fundraiser for the John Meeks Center, raising roughly $1,800.

“You cannot be a Christian without serving,” said Rev. Dr. French. “Although we are not an inner-city church, we can still be involved in reaching the ‘least of these’ by partnering in this way with a church that is directly in ministry–on the ground–with those struggling with poverty. That every generation represented at St. Paul can participate in this great work is a beautiful thing.”

According to Rev. Alexander, this is a partnership model for other United Methodist churches to implement. “We had the ministry, but not the resources; they [St. Paul UMC] had the resources, but were not directly in this kind of ministry. We came together in a mighty way.

“It doesn’t matter if you’re a poor church or an affluent church,” continued Alexander. “You have to ask yourself: ‘How can we be relevant within our community? How can we be faithful?’”

With plans to expand this ministry into a year-long transitional housing project, as well as other ongoing community-centered service programs, St. Matthew’s UMC is powerfully embodying Christ’s call to feed the hungry, clothe the naked, and house the homeless.

“We want to give all the glory to God,” said Ryans. “We prayed for God to show us how to be faithful, and we believe this ministry is God’s answer.”