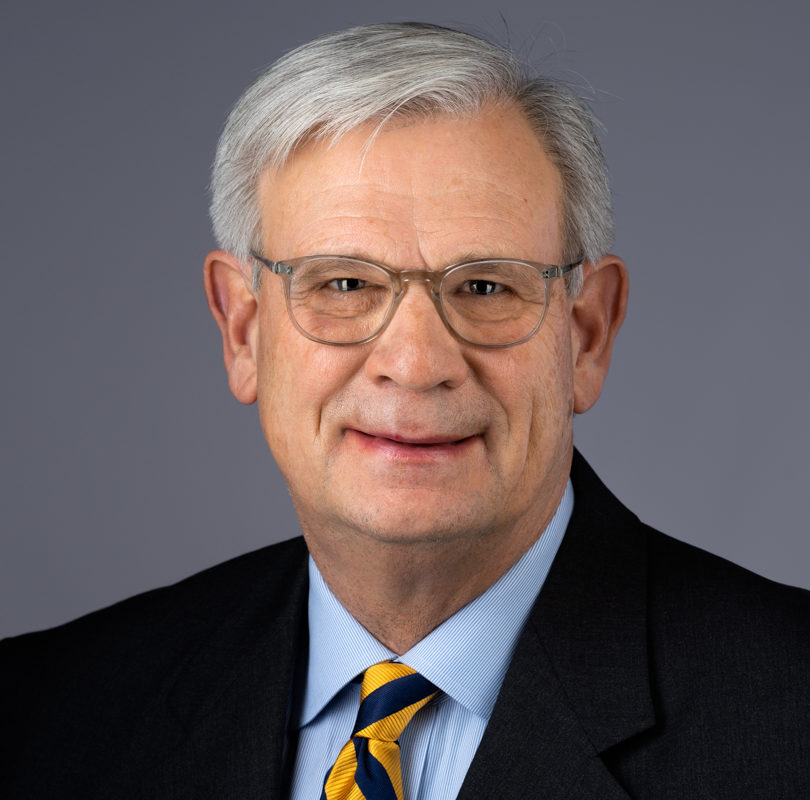 William T. (Bill) McAlilly is the bishop of the Tennessee-Western Kentucky Conference (previously the Nashville Episcopal Area of the United Methodist Church, including the Tennessee & Memphis Conferences)

He was elected to the episcopacy at the Southeastern Jurisdictional Conference in 2012 and was assigned as the resident bishop of the Memphis and Tennessee Annual Conferences beginning September 1, 2012. He was given the task of merging these two conferences to form the Tennessee-Western Kentucky Conference of the United Methodist Church which was overwhelmingly adopted December 4, 2021.

A native of Mississippi, Bishop McAlilly earned a Bachelor of Arts in Religion, Millsaps College, Jackson, MS (1978) and a Masters of Divinity, Candler School of Theology, Emory University, Atlanta, GA (1981).

He was ordained deacon in the United Methodist Church in 1979 and ordained elder in 1982. In the spring of 2017, Bishop McAlilly received an honorary Doctor of Divinity from Rust College in Holly Springs, MS.

In 2006, he was appointed to serve as the District Superintendent of the Seashore District of the Mississippi Conference in the aftermath of Hurricane Katrina and worked closely with Disaster Response and United Methodist Committee on Relief (UMCOR).

He served in many capacities in the Mississippi Annual Conference including the Millsaps College Board of Trustees; Mississippi Methodist Foundation; Board of Ordained Ministry; Design Team for the Residency in Ministry Program; and Development of the Transitions Seminar for Moving Pastors.  He has been a delegate to four Jurisdictional Conferences and three General Conferences.

He leads the Council of Bishops’ Leadership Team on Leadership Development and serves on the Leadership Discernment Team.  In addition, he is Chair of the Quadrennial Orientation for New Bishops.

Bishop McAlilly currently serves as Vice Chair of the Board of Trustees of Emory University, Atlanta, GA and on the Methodist Le Bonheur Healthcare Board, Memphis, TN.

He is certified as a consultant with the Society of Process Consultants and is trained as an Executive Coach with the International Coach Federation.

A lover of books, music, and movies, Bishop McAlilly also enjoys writing, golf, grilling, and travel. He and his wife Lynn have been married since 1978. They have two married adult children: Chris McAlilly and Laura McAlilly Paulk, and five grandchildren.

Compassion for the least and last has been at the heart of his emphasis on missions throughout his ministry—locally in the communities in which he has served and globally in Mexico, Nicaragua, and the Democratic Republic of Congo. Under McAlilly’s leadership, the Nashville Episcopal Area built the Mama Lynn Center in the Democratic Republic of the Congo.  Named after Lynn McAlilly, the Mama Lynn Center is a sanctuary for women to receive care and find restoration. It provides space for women to get medical attention, counseling, and faith-centered nurture to address problems related to what they have experienced and helps them recover self-respect, dignity, and a sense of joy.

Bishop McAlilly has a pastor’s heart with a vision for the reign of God.

Bishop McAlilly’s Blog: Greater Things Are Yet To Be Done