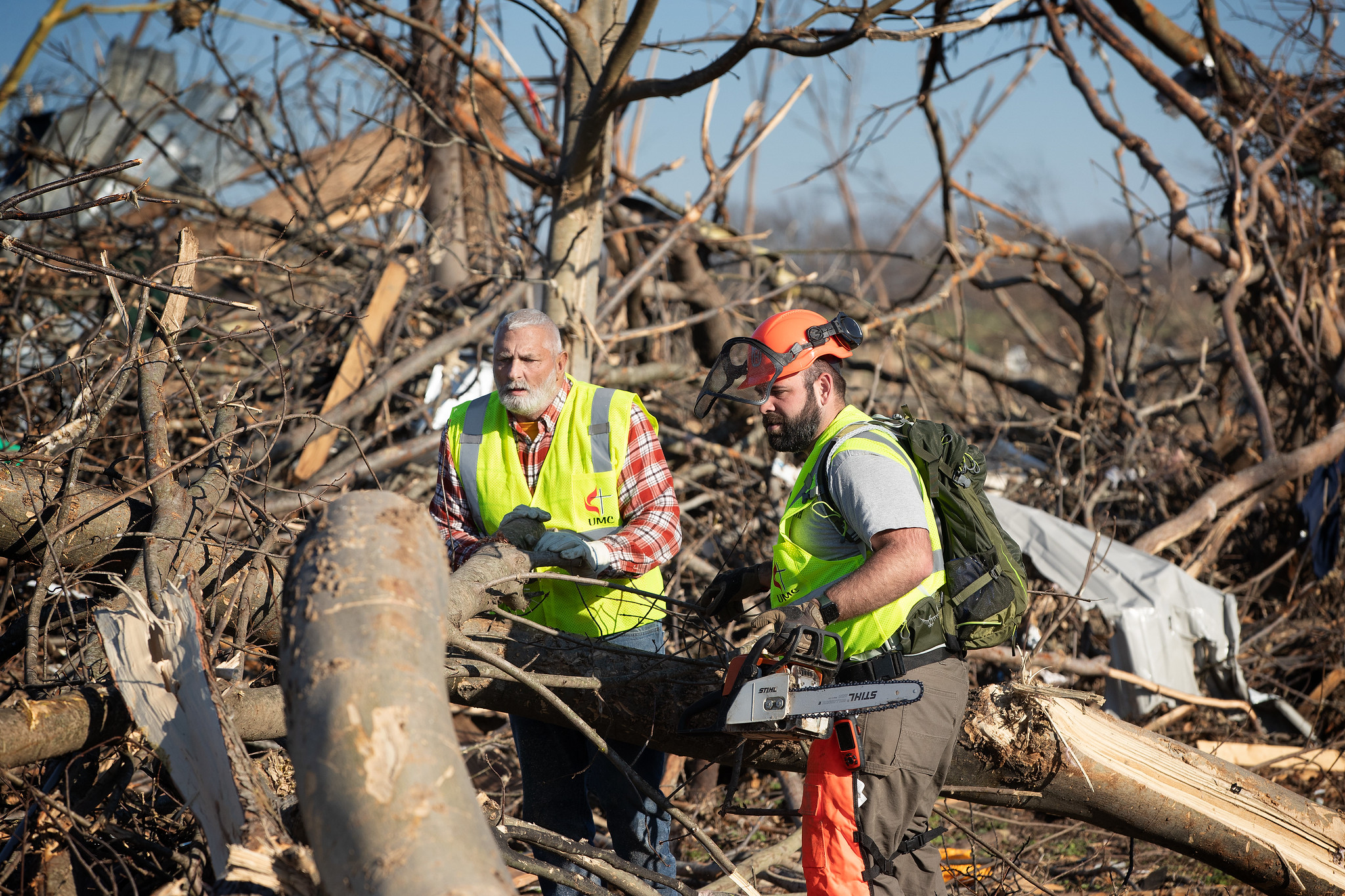 UMC congregations and affiliated disaster response groups have been hard at work in western Kentucky and west Tennessee with debris removal and other early response efforts, as well as planning ahead for and putting in place long term recovery initiatives–spearheaded by a collaboration between the Tennessee-Western Kentucky (TWK) and KY Annual Conferences.

According to Robert Craig, the Disaster Response Coordinator of the TWK Conference, the conference’s disaster response group has hosted over 120 Early Response Team (ERT) members from the Tennessee River, Caney Fork, and Harpeth Districts within the TWK Conference; they have also worked with ERTs from Louisiana, West Virginia, North Carolina, Missouri, North Georgia, and Florida. These and other ERTs continue to help in pressing early response recovery efforts.

By Tyler Sprouse, TWK Communications Specialist  There’s an apocryphal quote attributed to the 16th century Protestant Reformer, Martin Luther, that reads: “Even if I knew the world would end tomorrow, ...

May is Asian American and Pacific Islander Heritage Month. As we honor the rich history and  culture of our brothers and sisters, it is dire that we commit ourselves to ...

The following is a message from the TWK Church & Society team, urging churches to respond to the drug crisis sweeping the country, as well as asking churches already involved ...

Signposts is a covenant discipleship opportunity for lay and clergy to support one another while exploring God’s dream for an antiracist, anti-oppressive world.  Through personal reflection on the scriptures and ...

By Tyler Sprouse, TWK Communications Specialist Walking to her car on a brisk October evening, Rev. Kimberlynn Alexander, the pastor of St. Matthew’s UMC in Memphis, had an encounter that ...

Denman Award Nominations Due May 5

The Harry Denman Evangelism Award program honors United Methodists in each annual conference whose exceptional ministry of evangelism – expressed in Word (what), Sign (why), and Deed (how) – brings ...

Please note the rates are available until the deadline or until the group block is sold out, whichever comes first. Complimentary breakfast is included with each of these three hotel ...

Call to Action from the TWK Church & Society Team

The TWK Creation Care Ministry invites you to participate in upcoming activities this spring that will focus on working for a healthy Earth for our children and all future generations. ...